The Sail of Miss Tiggy

It is predicted that 40 million tourists will visit Turkey in 2019 which is huge but understandable -there is something for everyone here. For sailors there is a fabulous coastline, beautiful sandy beaches and the clearest of clear water albeit a bit chilly in spring! For the history buff there is a plethora of ancient ruins strewn across the country covering many centuries. Religious historians could have a field day discussing the various theories of Christian and Islamic occupation; there is snow on the mountains all year around, mud pools and healing waters for those in need of physical rejuvenation. You can jump off a mountain and paraglide to the beach, take a hot air balloon ride over the lunar like landscape of Cappadocia or visit a Hamam for a Turkish bath. 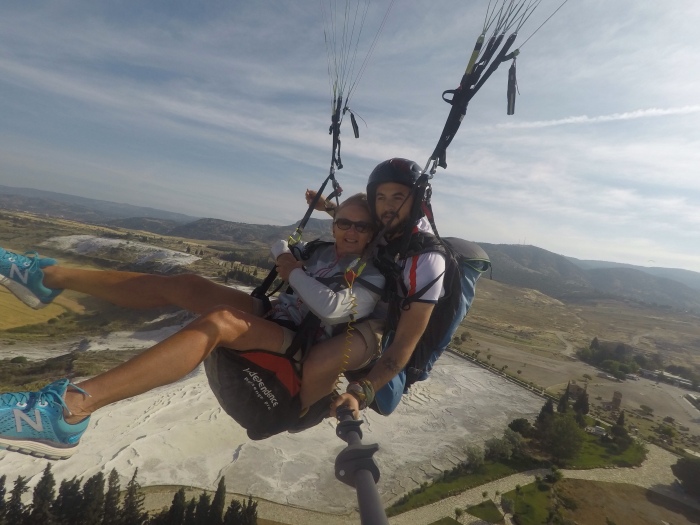 The geography and topography are in a category of their own. Huge mountain ranges towering over even larger plains – Turkey is just like one big caldera. Add the natural phenomena of cone shaped chimneys and caves that have housed up to a population of 1000 at one time in Cappadocia with the white travertine cascades of Pamukkale and you have a feast for physical geographers. 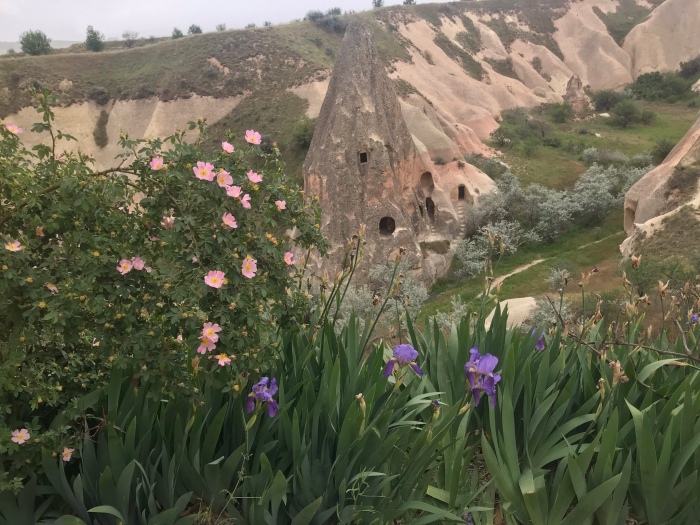 If you are lucky enough you may be approached by a local offering coins from Caesar’s time for a mere €50 and worth thousands (James) or enjoy a wine tasting and buy several overpriced bottles of Chardonnay (Tiggy) only to see your guide whip back to pick up his commission on the way back to the car park. Regardless, being at the mercy of these ingenious retailers, even knowing that this is totally common practice, it is a small price to pay for the warm welcome and introduction to an eclectic, multicultural nation.

Sadly there is the flip side side of tourists being targeted and ripped off in less genuine trade. I got caught up in an ATM scan that happened so quickly and effectively that my head was spinning. Having been directed to an unoccupied machine (apparently the one I had selected did not have any cash left), I was approached by a second man offering to give me assistance which was unnecessary and unasked for. In the quick exchange between us he had somehow switched my card which I had subsequently inserted into the machine. When I put in my PIN the four numbers were visible on the screen (instead of xxxx); the card was swallowed and the men had disappeared. A quick call to the ATM bank, and my bank to cancel the card (which took all of 5 minutes) and within that time they had managed to withdraw $750.00.

Meanwhile in Mamaris, Miss Tiggy was being torn apart for generator and engine services; the outboard motor on the Queen Mary (which our dinghy has come to known due to her size and beauty) had been taken away for an overhaul. A hot dispute followed between James and Evinrude which he subsequently won, and life on the boat has generally been disrupted. It is not like getting plumber or electrician into your house to fix things and then leave through the front or back door…floorboards come up, the steps down into the saloon are raised for access to Oscar our Onan generator so you can’t get down to your living space, you have to step over men lying on the galley floor while working on Victor the engine and then at the end of all that there is the delightful pervading fumes of diesel and bilge odours. All this coincides with the end of Ramadan and so all shops and services that are required to complete the jobs are closed for most of next week….oh well, may as well go to Rhodes by ferry for a few days!